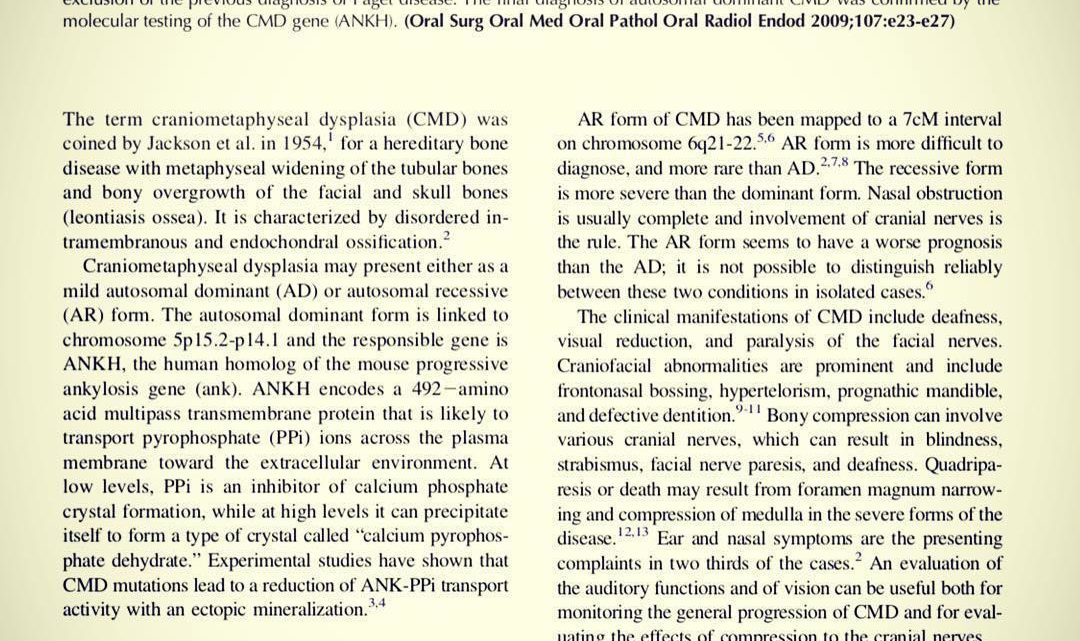 Craniometaphyseal dysplasia (CMD) is a rare genetically transmitted bone dysplasia characterized by alterations in the development of the craniofacial bones with abnormal remodeling of the metaphyses.

Sclerosis of the skull bones can lead to cranial nerve compression that finally may result in hearing loss and facial palsy. CMD occurs in an autosomal dominant (AD) (MIM 123000) and an autosomal recessive (AR) form (MIM 218400).

Sclerosis of cranial bones is usually much more severe in the AR form. We present a 36-year-old male with a previous diagnosis of Paget disease. The examination reveals prognathism, ocular hypertelorism, mixed bilateral hypoacusia, nasal bossing, a class III malocclusion and a narrow palatal vault.

The patient necessitated several dental extractions, surgical procedures were conducted, and a biopsy of the alveolus was performed and the sample underwent histological examination.

The histological report led to an exclusion of the previous diagnosis of Paget disease. The final diagnosis of autosomal dominant CMD was confirmed by the molecular testing of the CMD gene (ANKH).

Link to the article